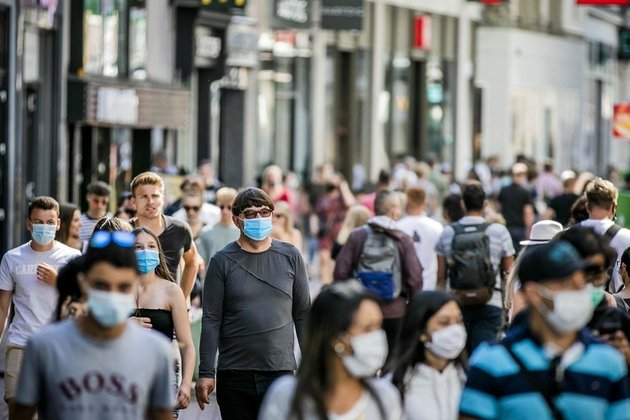 Global experts have written an open letter to The Lancet medical journal warning the herd immunity approach to combatting Covid-19 is a "dangerous fallacy" that is not backed by science.

Eighty researchers from fields including epidemiology, virology, health policy, sociology and mathematical modelling flatly rejected the strategy, which involves allowing the virus to spread among healthy people, while protecting those who are most vulnerable.

"The evidence is very clear: controlling community spread of Covid-19 is the best way to protect our societies and economies until safe and effective vaccines and therapeutics arrive within the coming months," the letter says.

"We cannot afford distractions that undermine an effective response; it is essential that we act urgently based on the evidence."

The letter comes after US media reports said the White House had thrown its support behind an online declaration by a group of scientists who were advocating for herd immunity.

Interest in the approach has increased as countries tighten controls amid a second virus wave that is gripping Europe in particular.

While acknowledging that ongoing lockdown and social restrictions have tested public trust and caused widespread demoralisation, the letter's authors insisted that any strategy relying on immunity from natural Covid-19 infections was flawed.

Instead, they urged governments to adopt urgent and decisive measures to suppress and control transmission through "financial and social programmes that encourage community responses" as well as addressing the inequities laid bare by the pandemic.

France's European neighbours get tougher on Covid with new restrictions

"Never in the history of public health has herd immunity been used as a strategy for responding to an outbreak," he added.

With reports of Covid-19 patients being reinfected a second time months later, there is no guarantee that contracting the virus will offer long-lasting immunity. Instead, the researchers are warning of repeated waves of transmission over several years.

So far, Covid-19 has killed more than a million people across the globe.